Surveillance cameras are video cameras used for the purpose of observing an area. They are often connected to a recording device or IP network, and may be watched by a security guard or law enforcement officer. Cameras and recording equipment used to be relatively expensive and required human personnel to monitor camera footage, but analysis of footage has been made easier by automated software that organizes digital video footage into a searchable database, and by video analysis software (such as VIRAT and HumanID). The amount of footage is also drastically reduced by motion sensors which only record when motion is detected. With cheaper production techniques, surveillance cameras are simple and inexpensive enough to be used in home security systems, and for everyday surveillance.

In the United States, the Department of Homeland Security awards billions of dollars per year in Homeland Security grants for local, state, and federal agencies to install modern video surveillance equipment. For example, the city of Chicago, Illinois, recently used a $5.1 million Homeland Security grant to install an additional 250 surveillance cameras, and connect them to a centralized monitoring center, along with its preexisting network of over 2000 cameras, in a program known as Operation Virtual Shield. Speaking in 2009, Chicago Mayor Richard Daley announced that Chicago would have a surveillance camera on every street corner by the year 2016.[33][34]

In the United Kingdom, the vast majority of video surveillance cameras are not operated by government bodies, but by private individuals or companies, especially to monitor the interiors of shops and businesses. According to 2011 Freedom of Information Act requests, the total number of local government operated CCTV cameras was around 52,000 over the entirety of the UK.[35] The prevalence of video surveillance in the UK is often overstated due to unreliable estimates being requoted;[36] for example one report in 2002 extrapolated from a very small sample to estimate the number of cameras in the UK at 4.2 million (of which 500,000 in London).[37] More reliable estimates put the number of private and local government operated cameras in the United Kingdom at around 1.85 million in 2011.[38][39]

As part of China’s Golden Shield Project, several U.S. corporations, including IBM, General Electric, and Honeywell, have been working closely with the Chinese government to install millions of surveillance cameras throughout China, along with advanced video analytics and facial recognition software, which will identify and track individuals everywhere they go. They will be connected to a centralized database and monitoring station, which will, upon completion of the project, contain a picture of the face of every person in China: over 1.3 billion people.[40] Lin Jiang Huai, the head of China’s “Information Security Technology” office (which is in charge of the project), credits the surveillance systems in the United States and the U.K. as the inspiration for what he is doing with the Golden Shield project.[40]

A payload surveillance camera manufactured by Controp and distributed to the U.S. government by ADI Technologies
The Defense Advanced Research Projects Agency (DARPA) is funding a research project called Combat Zones That See that will link up cameras across a city to a centralized monitoring station, identify and track individuals and vehicles as they move through the city, and report “suspicious” activity (such as waving arms, looking side-to-side, standing in a group, etc.).[41]

At Super Bowl XXXV in January 2001, police in Tampa, Florida, used Identix’s facial recognition software, FaceIt, to scan the crowd for potential criminals and terrorists in attendance at the event [42] (it found 19 people with pending arrest warrants).[43]

Governments often[citation needed] initially claim that cameras are meant to be used for traffic control, but many of them end up using them for general surveillance. For example, Washington, D.C. had 5,000 “traffic” cameras installed under this premise, and then after they were all in place, networked them all together and then granted access to the Metropolitan Police Department, so they could perform “day-to-day monitoring”.[44]

The development of centralized networks of CCTV cameras watching public areas – linked to computer databases of people’s pictures and identity (biometric data), able to track people’s movements throughout the city, and identify whom they have 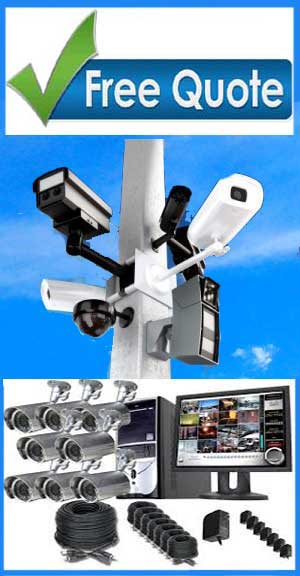